I want to wake up knowing that it’s worth it, no more dilemma
I’m at the bottom of everything, where light doesn’t reach
Everything burns, I have a chain
That squeezes the heart while I serve my sentence

It looks like my flesh it’s fresh, they want a sample
Between God and the Devil they fight to take me partying
They say I’m the one directing this orchestra
Of beings that seem free and they struggle to live

There they are watching, what?
How is it that the last one and the first one come back tonight?

This got fucked up
He treated me like a puppet and I choked him with the threads
How pretty, huh? How the icon falls
Everything turned off, my heart bursted of so much blinking

I learned the value of intuition while being blind
I can already smell the assholes in their prowling and I don’t trust them
Even though they look like swans, they’re still scavengers
It’s the flying of the vultures that darkens the sky, blah!

I don’t fool myself anymore, I thought I was alone
And know I even have people inside the bathroom
They see me bleeding out and they keep licking themselves
We’ll see who ends up laughing in the end

There they are watching, what?
How is it that the last one and the first one come back tonight? 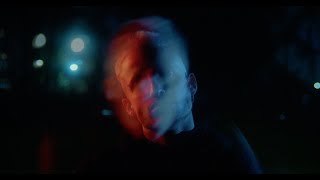