When I rap, I like to seem wack at first
And rhyme cheap words, like curse and verse
And once it passes like one or two bars
I turn the switch on and start crushing fools hard
Who said the west isn't consistent, I'm fixing to fix it
For all these niggas who listening and living imprisoned
I'm thinkin' it isn't missing it's villain, killing them image
Now I'mma rip this, now witness it as I finish the sentence
Losing hip-hop was a tragic loss but I found it and glued it right
To my dick so if you want it you'll have to jack it off
Rappers acting soft as a fabric cloth, I'mma smash 'em all
Their nuts are like berries, mines are the size of basketballs
I choke MCs out with a strong vice grip
Then beat them with the sticks from the cross that they hung Christ with
Head to the club then pull me a sprung white chick
You all know how Hop gets down, he one nights it
I sleep walk at night with a bunch of madness
Mob through the halls and talk with a Russian accent
Ready to kill like I'm a real thug assassin
Who beat my dad's ass and wake up like nothing happened
I'm ruthless, and I do drop bombs
I got fools in the valley like, "Dude, nuh-uh!"
When my album drops make sure that you cop one
We need a raw fool like me since 2Pac's gone
Wack rappers like, "Hop, I'll disable you in the booth!"
I'm like, "For real? That's a fatal attempt to do!"
You thinking you spit the truth, I shake you and strip your jewels
Then hang you up from a roof, and strangle you with a noose
Cremate you with four torches, flame of the torch scorching
Leaving your corpse tortured of course it's hardcore shit
And if there's ever a day that my pockets hurting
I'm robbing you, with a Osama Bin Laden turban
Hip-Hop is urging for a new flock of verses to rock the circuit
All you flops emerging are pitiful, we did not deserve it
Your style ain't even worth the fame
It's watered down more than New Orleans during a hurricane
Your whole album was a verbal shame
I'm Hopsin, don't act like you ain't heard the name 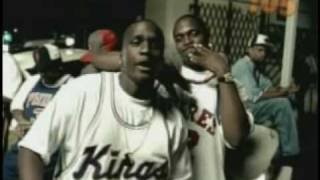