LYRIC
The Absolute State of the Union
The Narcissist Cookbook

For 125 years the statue of Edward Colston stood in the center of Bristol
Three decades of attempts to have it removed through official channels resulted in humming and hawing and hand-wringing and ultimately
Dead ends
In 2014, a poll of locals found that 56% of people wanted it to stay
When the system for maintaining our shared public spaces fails
And a monument to a proud slave trader is allowed to stand in the center of a town, getting older and grander by the year
Sinking his rotten roots deeper and deeper into the ground
The people [I would argue
Have a right
Even a moral duty
To tear it down
And to roll it without fanfare into the nearest fucking river

And this is exactly what they did
On June 7th, 2020, against the explicit wishes of the democratically elected council and the majority of the city
This is not, despite what you may think or may have heard, "a complicated issue"
White Britain doesn't have the privilege of saying there is a gray area here
Not anymore
We have been living comfortably in the gray area for hundreds of years
And failing to do the bare fucking minimum for the people we have transplanted over here against their will
It is hard to not feel more than a little cognitive dissonance when your country tells you that racism is a thing of the distant past
While a monument to a professional racist stands towering over a major city with his chin resting lazily in his fucking palms

It took me way too long to figure out
That equality and fairness
Do not always equate to treating everybody exactly the same
Or to insisting that groups with competing interests work together to come to a compromise
Why should a group, whose primary interest is disempowering white supremacists, be forced to compromise with groups whose sole interest seems to be to impede that progress?
I have very little problem, it turns out
With saying Group A are allowed to take direct, destructive action, while Groups B through KKK are not when it becomes clear that Group A are right and everybody else is completely fucking wrong

And believe me when I tell you
That it pains me to say that on some level
Because I spent my twenties like many people do
Trying, in vain, to piece together a coherent Euclidean worldview that looks the same from every angle
Trying to understand where everyone was coming from
Arguing that "morality is relative"
And that "good and evil are primitive ideas"
And that "there is no right and wrong besides the laws we agree to as a collective" and–
Blah, blah, blah
Fucking undergraduate, entry-level, bullshit

To hear myself today argue that property damage and vigilante justice can be perfectly acceptable means to achieve particular ends
[And are, in fact, sometimes the only way to get justice in a system as fucked up as our's is
Goes against everything I used to believe in
The thing is, the young man who would tell you with a straight face, no less that
"There is never an excuse for violence or for taking the law into your own hands"
Did not realize at the time that that attitude came from a position of never having to so much as raise his voice to be heard
From knowing that almost everyone in a position of power
Looked and sounded like him
He had never had to try and communicate his experience of being alive to someone who saw him as different and alien
His needs had never been anything other than inherently sympathetic and justified
And by arguing that people should be able to fight for their rights while in the same breath denying them the right to fight
He was more than a product of the system, he was a dedicated defender of it while self-identifying as progressive
And liberal
And punk
Of all things

You know
At the bottom of everything
I think he was threatened
By the idea that someone might one day come along and take from him what was never rightfully his to begin with
"The steady march of social change is fine, and good, and should be encouraged," he thought
As long as he is not caught in the path of it
As long as he's not disenfranchised and inconvenienced in any way by it
Like if, in the process of trying to have your voice be heard, the architects of your pain brought to justice, you so much as moderately delay my commute to work
Let alone ask me to do the emotional labor of recognizing my privileged position within an oppressive power structure
God forbid ask me to take some personal responsibility for any of it
Then fuck you
And fuck what you stand for
Which, of course, is a roundabout way of saying
"I support your right to protest up until the point where I become unable to ignore it"
Which, going further still, is a roundabout way of saying
"I don't really respect your right to protest at all"

I am getting...
Man, I need a fucking drink
I am getting way too wrapped up...
In the peaceful protest debate
[Which I did not intend to
Which, I think, is a large part of why the people in power are addressing that angle
So they don't need to...
Address the actual reasons...
People are...
Toppling statues

Ask yourself:
What personal qualities do we encourage in this society?
To clarify, I don't mean: What do we teach our children?
To share and be kind
I mean: What qualities do we actively reward in reality?
The only way we cane with... power... and money
Dishonesty
Exploitation
Above all, a pathological lack of empathy
These are the traits our society fosters
We stop just short of selectively breeding for them
And the people who truly embody these values
The people most willing to lie or take advantage of others are the ones who rise to the top
By virtue of their willingness to seize and protect that power
By doing what others will not, they become the people who run our institutions
The people who plot our trajectories
They start our wars and they write our laws
And, not coincidentally, these are the people whom we enshrine in history
These are the people we erect statues of

Quote:
I do not admit that a wrong has been done to the Red Indians of America, or the black people of Australia by the fact that a stronger race, a higher grade race, has come in and taken their place. I do not admit it. I do not think that the Red Indians had any right to say, 'The American Continent belongs to us and we are not going to have any of these European settlers coming in here.' They had not the right, nor had they the power
End quote

That was Winston Churchill
A de facto saint in British lore for his role in the second world war
And there is no doubt that Britain, under Churchill's government, played a central part in defeating Hitler and the Nazi regime
Who were directly responsible for the deaths of 18 million people
Compared to...
I don't know
The four million Bengalis Churchill killed by taking their food away during a famine
A people he said he [and I quote] "hated"
And blamed their slow, agonizing deaths on them "breeding like rabbits"
He was a man who boasted of personally killing "savages" in the Sudan
And he got mad at other for their "squeamishness" when they objected to his suggestions that they shell "uncivilized tribes" [his words, not mine] with poison gas
And remember that the others objected
Those were not universally held beliefs at the time
His own secretary of state for India described his attitude as "not quite sane"
And that he couldn't see much difference between Churchill's outlook and Hitler's
He couldn't see much difference between Churchill's outlook and Hitler's

When talk of removing his statue was brought up his defenders had the gall to say: "Nobody is 100% pure"
As if "Wasn't a literal white supremacist" is an unrealistic benchmark to hold our heroes to
And this
[If you don't get it by now
Is just one of the ten thousand reasons people are saying that black lives matter
Because, for decades upon decades, the response to criticism of this fucking cretin
Who was voted by our country to be the greatest Briton
Was to be told, with a patronizing pat on the head, that to take his statue down would risk us forgetting our history
As if the records of the British Empire's atrocities weren't bundled into crates at the empire's end and sent to the bottom of the sea
That it would be akin to "photoshopping out our blemishes"
As if anyone has ever built a statue to someone as a monument to a single one of their misdeeds
As if Winston Churchill
And Edward Colston
And Cecil Rodes
And John Mitchell
And Oliver Cromwell
And Horatio Nelson
And the Roberts Milligan Clive
And Baden-Powell
Were all uniquely complicated men who represented the very best of what it means to be British

And so
I say
If you really don't think that we should take these statues down
If you are truly not in the least bit ashamed of these men and what they stood for
You should really take a moment and ask yourself why
What does that say about you?
And if the answer you get from you conscience
Is that these men deserve the symbolic power we have bestowed upon them
Then why not double down
And put busts of these great Britons up in every town center
Their portraits
Hanging over every shrinking
Dimly lit
Gray family dinner
As we limp arthritically into our country's next chapter
Stamp their names and the names of every wealthy descendant of every proud British slave owner
And slave trader
And war criminal
And concentration camp owner
On every street sign and bank note and home office letter
To do otherwise, you see, would be to allow us to forget
Who we are
Where we came from
That this
This
Is the foundation
On which we built
Our shameless nation
This
[In the most literal sense of the phrase
Is us 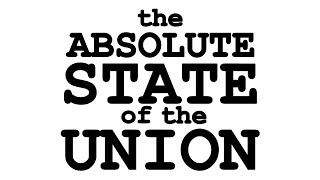 The Absolute State of the Union – The Narcissist Cookbook

More of The Narcissist Cookbook