Is it real?
Is it fake?
[Yo, check
I woke up, suddenly I just woke up
[Look
Yeah!

Yo, it only makes sixth sense
They sleep on the creator of Pineal Gland
No offense taken, I’m just racin’, the savior of man
Crucifix, positive, addition, it’s all the same
Given that getting head is cool, but what is it if you don’t use your brain
That’s one plane, negative subtraction, but still a balance
If dyslexic then play this shit backwards
Uh, the black lip captain of the ship
When you dividing the pie, rats come, it’s all math son [Yeah!
So is it really really real? Or do you need to shapen up my G?
I’m a tree, you know peace be still
The irony of my movement, they eyeing my every movement
The pioneer of the future, another Statik selection
With a dab of perfection
Whether it’s wax in your bong or your eardrum
I’m here now, I’m guessing you live in fear now
So be it, when they speak about the real Soul be it, no debate
Don’t just give ‘em the fish, teach ‘em to fish, let ‘em pro-create Shout out to Joey and ‘em, was dope before the cake
I went from selling records out my record shop
To my record selling out the record shop
That’s a paradox like a pair of yachts

Look, yo
It’s hard to be optimistic when Connor’s your opposition
Ain’t no competition, you just a confident contradiction
And what I am in the future, refuse to dispute it
I’ll prove it through music and all you dudes can do is salute it
The most authentic, they get lost in it, I spit raw venom
Jump when I say jump, I feel like Kriss Kross, nigga
Never average, cut from different fabric, fans they never last
My shit’s eternal
Moving so fast that I probably won’t notice a hurdle
Look, Best of the best expect nothing less on my quest
To save the game, I’m walking around like there’s an “S” on my chest
It’s Aftermath out here acting bad, I wave the flag
We the only thing moving, the fuck you go’ say to that?
No lies, all truth, make all you call truce
Watch all just fall off like you tossed off a tall roof
For getting this verse off I paid the cost of the lawsuit
‘Cause I keep hitting them hard with these lines and they all through
Connor

Yeah
Another day another dollar from that 9 to 5
Yeah, you living but ask yourself, are you really alive?
I worked outside, I worked with food, I worked behind the desk
I’ve even hustled around my block, but hold up, I digress
I’ve paid my dues, see this life I didn’t choose
My face on the ten o'clock news, shit I refuse
I was born in a lower class, where gangsters with dough amass
And police would ask questions, but we never answered when asked [Yeah!
Momma bitching while my sister baby daddy cooking crack in the kitchen
Getting rich in the street from slanging prescription
He showed me how to cook it, he showed me how to cut it
But deep down I always knew that life just wouldn’t cut it
So I started writing, it was a dark time
Only fifteen, but the shit I seen would blow your mind
School was getting harder due to my life at home
Principal always calling ‘cause I had barely shown
No father figure, my mother tried her best to be both
But let’s be honest a father really helps with your growth
But I was raised by Nas and Jay Z and Big L and Eminem
All of them set examples through they lyrics
Listen close so I could hear it, about life and how not to fear it
How to grab the wheel and steer it, and so I...
And so I did just that
Word of advice follow your dreams and never look back
I said it’s Logic 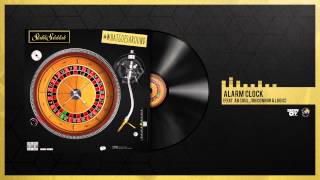