Last opp we caught was at the store, we had to scrape him [Skrrt
Lil' bro hopped out trippin' with that switchy, he done faced him [Grrt
Face shot, face shot, frrt frrt, they couldn't save him
We the ones gettin' busy up in the city, that's on my baby [That's on my son
They block like a drive-thru, ask the opps how much we slide through
Ain't beefin', but you they family, you get caught, then you gon' die too [Dumbass
Hold on, hold on, hold on, hold on, hold on, stop the whip
Let me out, this chopstick gon' leave him open like a zip [Zzz
Zip him up, tell buddy 'nеm ass to come and pick him up [Come pick him up
Niggas fakin', acting like thеy thug life 'til we hit 'em up [Hit 'em up
Lot of niggas don't like me, for what? I ain't even did shit [I ain't even did nothin'
Make his bitch take dick to the head, I ain't even hit yet
How you mad she choosing me? [Huh?
I like what she do to me [Huh?
She say she feel safer over here, this where the shooters be [Oh, woah
She say ain't no pape' up over there, shit, she barely eatin' [She starvin'
Can barely feed hisself, she told me, "Help, this nigga barely feed me"

How you mad she choosin' me?
You would die fi you know what she as doin' to me [Ooh
We been swappin' spit for a lil' while, this shit ain't new to me [Pssh
Actin' like I'm chasin' her or somethin', she be pursuin' me
Can't hold you, she be tellin' me all the time she wish that you was me [She know
I ain't with the messy shit, I barely'll text a bitch [I'm cold
I can't even brag about these thots, that shit be effortless [Damn
Red and white Ferrari, I come through fresh as a peppermint [Phew
Ain't caught up in that other shit, they trippin', I'm Black excellence [Yeah
Hold up, hold up, hold up, hold up, hold up, hold the jet
Seven-fifty for a show, I gotta go, can't miss this check
Travel all around the globe, doin' what I want with no regrets
She feel safe with us, whenever she with gang it make her wet, yeah

We don't do the social tweet [Huh], these niggas too internet [Huh
Goin' live, tryna talk 'bout who got shot [Huh], we don't get into that [Huh
Can you leave it up in the streets with me? I ain't tryna go to jail [I ain't tryna go to jail
Keep mention my name in all of your posts, it ain't hard to tell [What the fuck?
If you get smoked, they gon' come lookin' for me, nigga, you dumb as hell [Huh
This bitch think I love her [Huh], ooh-wee, she must be drunk as hell [Huh, huh
I can't love no slut bitch, I love how they suck dick [I love how they eat dick
Once I get my nut off, bitch, I'm skatin' like some TRUKFIT 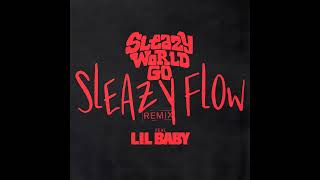