What does it mean to be human?
Tell me, if it's physical or moral
Is the body or the mind the human?
'Cause no matter what they are, they're mortal
At this point I'm assumin'
That others will call another a monster
So they don't consider them human
But they hate, get angry, go crazy, go bonkers
And every human has an individual guilty conscience
Some desire like animals, lust to luscious
Actions, stuck and chained by passion
Some desire fashion and are kept hostage
By their greed, tongue stuck in their esophagus
Some are kind, so they pity, so precautious
Everyone's a hypocrite that can't render justice
And I'm losin' my sanity
On this hill filled with enmity
Lost in my world of fantasy
Strayin' further from reality
I don't know what I'm doin' here
But I love it and I don't want to care
Know that life is just and fair
Since everything inevitably meets their end

What does it mean to be human?
Some cry 'bout the rich but would kill for money
If that isn't corrupt? Tell me what is
If not a mil, twice is enough for bribery
Everyone has the same eyes and lips
No one's unique, they're all the same siamese
Twins coinjoined and intertwined by their fists
But everyone still disagrees to disagree
Y'all are stuck up on one, so you blame the masses
Even if they are dead, you just blame their ashes
You want peace, but once you get it, you can't have it
Get bored, then crave war, fight lovin' addict
When it comes to humans, everyone's so melodramatic
People just can't live without creatin' havoc
They need a hero and a villain to be ravished
Is it that hard to live a life by your own tactics?
LoR, lost, only reminiscing
Life's own rebirth in its locus of reckoning
LoR, an acronym that means anything
So your mind is free, and isn't thinkin' the same thing
For what would you do to be different?
Losin' your emotions is a condition
More and more, be aware and omnicient
So you don't get tempted by Lilith
I'm fuckin' lastin' 'til the end, in the front row
Spirallin' to my demise in a silent crescendo
Dyin' in my mind, brain dead, just a vessel
I don't care anymore, live carefree and not careful
Let's do Armageddon, disaster and debacle
Catastrophe, calamity, and make the world topple
Everyone's outbursts are hurting my skull so
I'll just destroy the world, uh oh
This is my fate, and I know that I'm fucked up
See, I wanna see what's at world's end and not suffer
Lost in a plain of thought, embeddin' deeper in the rough
And now I'm fuckin' stranded askin' the sky what's love?
I don't want to live a life I haven't had enough of
I don't want to live a life without a lover
I don't want to set aside my image, my cover
Fuck it all, I'll always be the goddamn outlaw
I just want to kill the fauna, while endin' up killin' momma
With thousands of tsar bombas and bloodlust like piranhas
So I can hear the song of the seraphs' primadonna
And finally cure my nausea and destroy all this drama
Stop life and it's trauma, six feet deep and no problems
Stop love, watch the comma fly away as I'm fallin'
Stop lust, desire, everythin', stop all of 'em
Fuckin' stop it all and let me live in peace for once 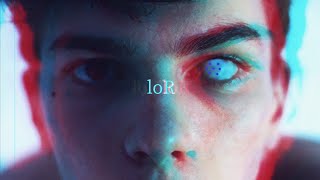