Heart broke, bitch, that's on my grave
I just want to die today
Shy away from the sun's rays
If you fake, we cannot hang
[?
They been saying that we crazy
Ay, remember those days that we skipped school on the train tracks?
Asking "Yo, where the blaze at?"
Passing the blunt, gotta blaze that
Way that I ball, should play for the Clippers
Diamonds been flashing just like they a stripper
Tell me who been talking that shit
Come catch your [?] a fist
I'll take your bitch with no effort
Talk shit online, I'll hit your ass with that stretcher
Hiding in the grass to see all them snakes
Half of my friends been acting so fake
Texting this girl but she actin' distant
Imma be at the top with no resistance
So fuck any rapper that's been tryna end me
I'm just gonna pass the mic off to Kenji

Yung Shinra
Up in the night, I come alive
Demon or angel, I'll let you decide
[?
I'm one with the dark so deep in the light
Trust is dead, love ain't real
Sell my soul, I'll pay the price
One of seven billion sinners and I hope I'm next to die
Devil in my head, screamin' load the thirty-eight
[?] paint my walls in red
Said I'm ready, nothing left for me
Nothing's left of me
Walk a dead life
Cold-hearted, no more "next time"'s
I'm so out my mind, leave you petrified
Shawty, I'm a madman
You could never understand, I don't make amends
Money over everything, over everything
I don't trust anybody, now I'm fucking dead ,yeah

Tats all up my neck and face
I'm still caught up in my ways
Memories cannot erase
The pain I'm feeling every day
Sleeping in a bottomless pit
Feeling shitty every day
Let the money ease the pain
Let the money ease the pain
Under the weather, yeah
Cast the spells
I'm not a reverend, I'm just relishing
Facts on my status get cash now it's evident [?
Black [?], black hair, black nails
Six-six-six, that shit, bitch, I'm devilish
My bitch says she love me, yeah
She tell me I'm the only one
If she ever change up on me
Then, baby, you don't owe me one
I wanna die my own way
I don't need help from nobody
It's my own way
Spin in the whip, smoking that propane
Black night, black ice
I be sliding on a goth bitch
Black ice
I'm forever dead
You could never understand
And I'm heaven-sent
I'll remain like this until the bitter end, yuh

I'll say goodbye with a bullet between my eyes
Knives in my wrists and my heart's not alive
I'm cursed with this living, I'm living a lie
I want it to end but I can't let time slip by 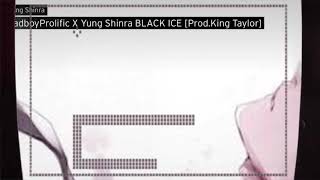