When I create my music
I feel like an instrument of nature
I wonder what delight nature must feel when we open our hearts
And express our God-given talents
The sound of approval rolls across the universe
And the whole world abounds in magic
Wonder fills our hearts for what we have glimpsed for an instant:
The playfulness of life

The magic, the wonder, the mystery and the innocence of a child’s heart are the seeds of creativity that will heal the world
I really believe that

I love you too

But what we need to learn from children isn't childish
Being with them connects us to the deeper wisdom of life
Which is ever present and only asks to be lived
They know the way to solutions that lie waiting to be recognized within our own hearts
Today i would like to thank all the children of the world
Including the sick and deprived, I am so sensitive to your pain

So I lose sleep wondering, today
Is there some previous chapter
Ripped from the universe itself

Oh, alright, listen B.o.B once and for all
The Earth looks flat because
1] you're not far enough away at your size
2] you're size isn't large enough, relative to Earth, to notice any curvature at all

But this- But this whole thing
Its just a symptom of a larger problem
There's a growing anti-intellectual strain in this country that may
That may be the beginning of the end of our informed democracy
Of course in a free society, you can, and should, think whatever you want
If you want to think the world is flat, go right ahead
But, if you think the world is flat, and you have influence over others
As would
Successful rappers
Or even presidential candidates
Then being wrong becomes being harmful to the health
The wealth, and the security of our citizens

Isaac Newton, my man, said
"If I have seen farther than others, it's by standing on the shoulders of giants"

So that's right B.o.B
When you stand on the shoulders of those who came before
You might just see far enough to realize
The Earth isn't [fucking] flat

And by the way...this is called gravity 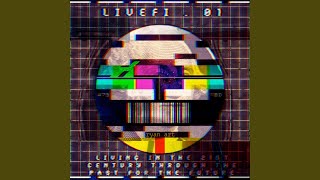