[Part 1]:
[Uh, why you tryna fucking diss my moccasins?
I accomplish shit, relish the kill like condiments
Tangled in the sovereignties, sample for the embodiment
Bitch I’m the fucking opposite of your favorite biography
Commit lyrical genocides, evidence with photography
Appreciate the modesty I got from my last project
Drop shit and disappear like a forgotten object
Pull the switchblade out my pocket, ow cut myself from exhaustion
Doing crappy production, while also getting some suction
Megalovania
Call me a megalomaniac
Somebody give me my Xannies back, shit, accidents come in Fannypacks
Secure it in a burlap bag, a primarica causing lag
I have more pages than dictionaries and Exclusive tranny mags
I’m just tired of the random shit, these niggas in endangerment
Walk in the shooting range and get shot 9 more times than 50 Cent
I’m killing shit, spend my whole afternoon with a kinky bitch
Doing taxidermies on poodles with herpes in Anchorage 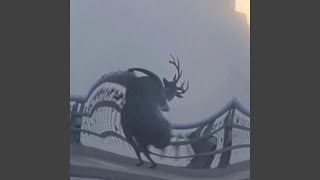