"Prodigy, the Head Nigga in Charge, you know w'I'm sayin'...
You know, something that somebody else doesn't know. Those people in those positions in power, control and manipulate situations into their favor for their agenda. Laws being changed, the FBI putting ingredientes to certain foods for certain reasons... Mostly their agenda is population control, mind control. You're being manipulated, we're all being manipulated, you know what I'm saying? You learn that they infiltrate groups, in key positions of thosе groups, so they can control the decision-making, to movе things, to move with their agenda... to control- uh, the mass popular opinion and to control: the world."

"Get real, nigga, get with the times, nigga, free your mind dawg..." 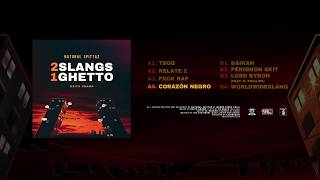