"Neighborhood tensions have been simmering over gentrification. Though moderate housing has been built, thousands have been displaced. While a new class of urban professionals took up residence in luxury apartment houses, spawning changes that cater to them"

I try to represent the struggle
But the struggle as of late is being co-opted to bubble
Check the hustle, poverty-stricken huddles
Poverty stricken of us just displaced and rustled up
With po' folks rushed to the valley
Movin' us outta coastal Cali
Provin' that the gap between the haves and the have-nots
Got the workin' classes steady assed out when it come to housing
Gentrified is what we call it
Reverse white flight steady spoilin'
Got these wealthy techies lovin' when we selling weed for they dogs
But little black kids sellin' water get the cops called
Liquor stores and weed when it’s us
When it’s them is microbreweries and cannabis
Same neighborhood, different people but the quality of life
Is through the roof for certain reasons that they tap dancin' answers to

We want freedom and equality, right here where the gangstas ride
And if you can't follow me, all you gotta do is look outside
Where did we go? Where are we at? How did we get here? Can we go back?
Thinkin' 'bout how they burned me - I should've never turned the key

It ain’t no black people left in Oakland
It ain’t no black people left in San Francisco
I see more black people back in Sacramento
And we all know that none of this is accidental
Ask ya kinfolk about the 80's and 90's
Back when it was all so simple
Quality of life was just as good in the areas they swear changed recently
But really, it’s the hood and the hood means black
And if it’s black then it’s bad, and if it’s bad
Then it's cheap and if it’s cheap, then we grab
And we hold, then we sell, when we finish
Criminalizing and displacing families for twice the price what the hell, fail
Rebel, question their entitlement, I been hood
You live in the hood, now it's good? Why is this?
I resist, prices which side with rich whites and give
Light to this fight against my kind and won't silence this

We want freedom and equality, right here where the gangstas ride
And if you can't follow me, all you gotta do is look outside [That’s right
Where did we go? Where are we at? How did we get here? Can we go back?
Thinkin' 'bout how they burned me - I should've never turned the key

They vilify my black skin
Just enough for demonizing fraternizing black men
Just enough for chastising black kids
Police pull up and turn the block to target practice, plus the fact is
Eastern Contra Costa county and Castro Valley
Harbor Klu Klux Klansmen, add this with black families
Looking for a better life and what you get is
Resistance from pre-established pro-right old whites
So they make up harm to take up arms
And take what’s ours, imaginary adversaries
Claimin' that my race does harm, but they come hard
For burdens they create then insist I have to carry, irony
So I plot to take back plots of real estate
Give back spots and make fat knots and educate
Give blacks props, and set up shops and get us straight
Give them devils somethin' to really hate, ha 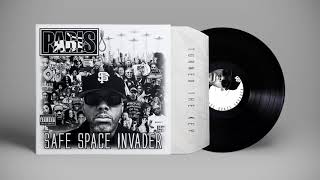