Quiet, I’m in music mood?
I can take a rainbow, make a Rubik’s cube
Stare at it hard, Heavy Mental
Squeeze it ’til it fall from my palm as Skittles
Reach behind your ear, pull a nickel
It’s coming very clear, I’m official
Wipe every tear with a tissue
Open it, there appears a crystal
Here, it’s a souvenir you make a wish to
Alchemist, jewels appear, take a fistful
Mary had a little lamb whose fleece was white as coke
His child called the son of man was squeezed upon a boat
Shipped into another land with priests and the popes
A language he couldn’t understand, he could only quote
Promised him his freedom from Edom if he vote
Gave him books that they wrote ’til he mastered the occults
His eyes caught on fire, he said his schools are a joke
All the books are quiet, Timbuktu was the most
Straight jacket in the white room
They went from calling him a coon to a tycoon
It’s psych’s doom [psych’s doom, color of thought, color of thought
Black and Jill ran up the hill from Sodom and Gomorrah
Black held Jill ’til they beamed in a flying saucer
One hundred mummies all over the walls
One hundred mummies under the floors
With all the king’s servants and all the kingsmen
But Alexander The Great couldn’t paint them black again
Struck by a slow arrow, fallen king
From one of the old battles from the
Stuck in his bone marrow, forgive us queen
A long cry
The end of the song, I
He saw his first born die
Storm rise
Then calm skies
Sometimes fate takes the wrong guy
Nostradamus haunted by the ghost of Mohammed
Spoke to prophets or culture conflicts
Both were toxic
Sail in the boat or take a rocket
Versace Merkabah
molly, wally worshipper, smooth murderer, cool burglar, interpreter
My anxiety attacks keep my diary packed 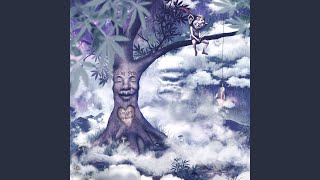