Let me get it, let me rip it
I'ma spit it, i'ma kill it
Boy, the talent is infinite, going deep I’m always digging
Real life you know I pen it, fairy tales I never spin them
I’m the realest on the scene, I ain’t got no competition
I’m the big dawg, boy, I’m back in the booth
I said I’m back in the booth, 'bout to tap into truth
Man, these rappers is throwed, they've done lit up my fuse
We ain’t one in the same, all they records is lame
I ain’t ever been a gangstеr, but I’m giving you these bangers
You would think I’m out of Tеxas the way I’m coming through swanging
Never lane changing, boy, I’m trail blazing
This is what they wanted, bro, this is Super Saiyan
“Ooh I just like the beat, I think that bass so neat, I can’t vibe with heavy lyrics tho it ain’t that deep”
Man, I don’t want you ‘round me, always bringing substance ‘n i'ma do it proudly
Ayy who I be, ayy who I be?
Man, I’m the illest in my city on the M-I-C
I told my shorty I’m committed, I’m the M.I.P
Yeah, that’s the most improved player, ain’t no need to be a chaser
Really nothing was the same, but I’m on my best behavior
Rather be the one they hating on than just another hater, you know I’m dripping with the sauce 'n they digging on my flavor
I be dishing out the dope, I be startling the neighbors
You do all the going out, I do all the going in, always behind bars, 'cause I’m criminal with the pen
Putting phonies in a noose, I ain’t ever calling truce
Man, the real gon' live, I ain’t ever been a coon
“Zay, you ain’t in the club”
No sir I’m ghost, I ain’t caught up in the game seeing who can do the most
Just a lot of empty boasts, fall apart like Post
This is where they turn me off, 'cause they hate those quotes
They want me flipping the work, pimping the girls who gon' twerk
I live my life in reverse, new level feeling like Ferg
They just be chasing the clout, slave to their checking accounts
My plug give no room for doubt, aways come through, ain’t no droughts
Thank God I don’t ever abide by established, guidelines keeping brothers inside of fabrics
Commissioned by the state, y’all hate being average
It ain’t about us, I keep my wants in absence
I poured my soul on Ride For Me, my heart’s on my sleeve, that’s an obvious thing
Ain’t no comedy, ain’t no apologies, they be starving for G’s but C.R.E.A.M. means nothing to me
Yeshua, that’s my ruler, you don’t even measure up
What you got besides the mula? What you got besides the jeweler?
You be flexing with the clip, y’all just making me sick
Only thang you finna end, boy, is my wits
Real talk, real walk, nah nah, you ain’t real dawg
Watches and the topping, please pick some different topics
They be swearing that they killing, but I put em in the coffin
Only way I’m finna lean, boy, is on God! 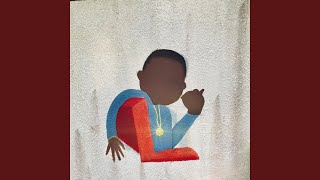