Aye
I'm finna take yo' ass to school, this shit Freedom Writers
I'm a cash talking nigga and a Visa swiper
Gun black like Kodak, bitch we keep a sniper
The way we pulling up with choppas, they think we some bikers
Bitch I'm PlayaPosseStacks, but I'm Peter Piper
Pulled out a pistol that boy shitting, now he need a diaper
It's a wrap for them niggas, ion mean a cipher
I'm in attendance, niggas looking like they seen a tiger
I been knocking niggas out since a juvenile
I been in these bitches mouth like a root canal
Been grimy my whole life, but I'm bougie now
Still'a take a nigga out the game, like hе Boobie Miles
I'm a heavywеight, bitch I can't lose a pound
Bro got money for his lawyer, he can't lose a trial
Still balling on these niggas, even threw a foul
If he hotheaded I got something that's gon' cool him down
Hoes fucking with the posse, we some high rollers
Once these bitches see the ice, they ain't bipolar
We got coke for anybody tryna buy soda
I'm from the city, I got family in the
Fuck what people gotta say, I'm finna break the bank
Smoke a nigga in the morning, that's a wake-n-bake
We be running up a bag, nigga state to state
Hit a nigga with this 30 piece like I play with Clay
Or I might go Kobe, drop a sweet 60
All these niggas signing deals, but they 360s
Told 'em we the bad boys, bitch I'm P-Diddy
Buff like 50, but the pockets on Tee Grizzley
I ain't never been Shy, but I keep Glizzy
Got the right to bear arms, that like 3 grizzlies
Keep some on my sleeves cause the streets tricky
All these niggas say they in the land, they must mean Disney
Only time these niggas hard when they find a pill
We gon' slide for the feeling cause we like the thrill
Ion gotta make a call when it's time to kill
You don't want smoke with the posse, bitch we Cypress Hill
Aye, I'm finna kill this shit like Tay-K
Then do the dash to the airport and take a vacay
Find a bitch that look like Kim, and make a Ray J
Next Friday shit I'll prolly have a Beamer like I'm Day Day
I be paying shit in cash, fuck a month payment
Like a nigga who retired, bitch I'm done playing
Niggas jumping out the roof, bitches pump faking
I be treating hoes like my phones, they get updated
Aye, and if I'm in a game then I play to win
Just bought a brand new Glock, I'm finna break it in
If I catch a racist bitch I'ma break his chin
Fuck America, make the Bay Area have grapes again
All I do is keep it real, ion spit fables
I beat a nigga ass 'til he disabled
I ain't finna wife shit cause ain't a bitch faithful
It's a couple mouths I gotta feed but ain't a big table
Suckas wanna be like me I know that shit painful
I'm Russell Westbrook, nigga you just Vince Staples
I ain't playing 'bout my paper, boy don't get stapled
I make a nigga disappear like he Chris Angel
Ion listen to the opps them niggas corny
Shit be fictional everytime they tell the story
Y'all ain't outside, niggas in the house like Corey
We'a chase a nigga down like the cameraman on Maury 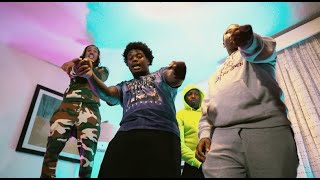