Uhh, back when ratchet was a ratchet and a vixen was a vixen
And Jam Master Jay was alive I-I, I was mixin'
Cookin' coke in the kitchen
Back when Rodman was a Piston
Mike was losin' to Isiah, but he soon would get his sixth one
Gave birth to my verbal imagination
Assume a virtue if you have not
Or better yet here's a verse from

"Lord, we know who we are
Yet we know not what we may be"
So maybe I'm the one or maybe I'm crazy
I'm from Marcy Houses, where the boys die by the thousand
Back when Pam was on Martin
Yeah, that's where it all started
When Denzel was blottin' carpet, I'll pack a… nine millimeter
When Slick Rick made "Mona Lisa"
When Lisa Bonet was Beyoncé of her day, I had divas, y'all
Think I just popped up in this bitch like a fetus? Nah
Pregnant pause, give you some second thoughts
There's room on the bandwagon, don't abort
Marcy me

Marcy me
Streets is my artery, the vein of my existence
I'm the Gotham City heartbeat
I, started in lobbies, now parley with Saudis
I'ma, Sufi to goofies, I could prolly speak Farsi
That's poetry, reek of coca leaf in my past
Came through the bushes smellin' like roses
I need a trophy just for that
Old Brooklyn, not this new shit, shit feel like a spoof
Fat laces in your shoe, I'm talkin' bustin' off the roof, uh
Hold a Uzi vertical, let the thing smoke
Y'all flirtin' with death, I be winkin' through the scope
Shout out to all the murderers turned murals
Plural, fuck the Federal Bureau
Shout out to Nostrand Ave., Flushing Ave., Myrtle
All the County of Kings, may your ground stay fertile
Shout out to Big Poppa, Daddy Kane, heroes
Thus concludin' my concerto
Marcy me 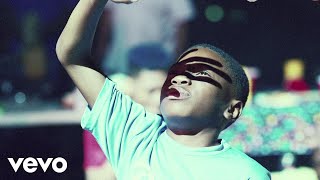