Look, if I tell my shooters pop out they gon' pop out [Grrrrr!
And I just got a new bitch [Glah!] it's time to take the chop out [Glah! Glah! Glah!
Niggers know by body I'm from Garvey that's the shiggy town
Any block theme niggers claimin' we're bout to spin in now [Boom! Boom! Boom!
Hit him up if that nigga not dead then we spin again [Skrrrrt!
Glizzy with [a beam?] we're aiming for his [liquor miss?] [Glah! Glah!
I'mma keep on shooting this my chop and I ain't dishing shit
And I just put a bim on a Glock so I ain't missing shit
Everybody know the facts nigga I'm from Garvey side [Garvey side
Smoking big dope with hella bitches [Boom!] now it's party time [Boom! Boom! Boom!
I be on the move I'm always active so I'm hard to find [Gang!
I can't trust no bitch I don't do link up so I'm hard to line [so I'm hard to line
40. cal will push a nigga wig [Grrrrr!] back if he actin' up [Baw!
Niggers only brave when they typin' that's why they acting tough [Gang!
How you do a hit and you home this shit not addin' up [this shit not addin' up
Nigga moving wack till we pull up on him and pack him up
Moving works I had to bag it up [Gang!
I was always good in math class my money adding up [Gang!
Pull up in a foreign taking bitches niggers mad at us [niggers mad at us
[Glah! Glah! Boom! Boom! Boom!
Hanging out the window with extendo we gon' clap you up
Niggers know the facts on my fashion I got a different drip
And everytime I step in the spot I'm with a different bitch [Gang!
I ain't ever say no to spinnin' I'm always with the shit
I feel like I should work in a barber [Grrrrrrr!] cause I be clippin' shit [Baw!
I don't like the vibe with these niggers they on some bitches shit
Niggers do a hit and get caught they on some snitchin' shit [Gang!
Bitch I keep a pole by my side I'm on some fishy shit
Glock with a beam and a drum [Boom!] this got a different clip [Boom! Boom! Boom!
I don't do the back and forth I'm in a different [Gang!
Clap you up [Grrrrr!] and send your ass home [Baw!] inside a body bag
Nigga try to spin on a bike we clap him with the pegs
Everytime I shoot it's a headshot cause we don't aim for legs [don't aim for legs
Bitches off the henny they gettin' shiggy they givin' heads [Gang!
Once that bitch done then she gotta go get up off my bed [get up off my bed
Every track I'm on I be buggin' and spittin' straight heat [Gang!
A lot of niggers stay up on my dick [Look] I know they envy me
Glizzy out the window just like Jordan give him 23 [Grrrrr!
We don't pick and chose if you disrespecte you gon' get this heat [Boom! Boom! Boom!
I was broken down but now I'm up so it's my time to eat [I was broken down but now I'm up so it's my time to eat]

Yo why you took that nigga bitch bro [Grrrrr! Baw!
If you ain't shooting why you towin' [Gang!] on that grip for [Gang!] [Grrrrr! Grrrrr! Baw!
Talking crazy catch me shooting at your bitch thought [Boom!
Couple Gs and they throwing up that fist [Gang! Gang!
She love my drip and my swag so I keep my wrist froze [Grrrrr!
Cuban link Versace bag [Baw!] [Grrrrr! Boom! Boom! Boom!
Thirty niggers sharing cloth [Gang!] tell 'em take his shit oh! [Gang!
Chris Èlite [Gang!] that's my name [Gang!] baby yes [Gang! Gang!] I'm the [Grrrrr!
I'm the big move in silence I ain't taking no look [Gang!
Garvey side it's the Bs [Boom!] to the Gs [Boom ! Boom! Boom! Boom!
All my niggers moving K so we flockin' at the scene [Grrrrr! Baw!
pick a gang [Gang!] you don't know what to be
How the fuck you jacking B you ain't ever see me [Gang! Grrrrr!
I'm too drippy for this shit you can't ever be me [Gang! Grrrrr! Grrrrr! Baw!
New treesh guess her name [Boom! Boom!
In the spot with M.I.S. and we smoking [Grrrrr! Baw!
Gang! [Gang!] 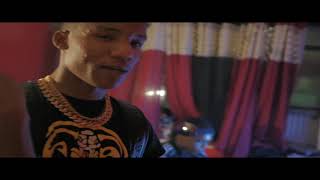