If you wanna feel good
I'm your man

Glorified as the most high, streets respect
16 years deep, got a sweet connect
Turned over a new leaf, no longer beef for rep
Rather burn blunts, see them fat forces relate
Learned from those that lost their estates
Attorney fees and a greedy judge, throw some a break, I'm trying to get it
And live it how the Carnegies did it, divide, conquer
Cross eyes and then launching my business, it's brain power
We bagging up the same hour
Them high decks 747s collapsed them towers - the streets need me
My advice is to breathe easy
Cause for the dough niggas can't leave me - I'm too established
Cars with the trick gadgets
Automatic show stopper, seize the no static
Bases is loaded
Through the deck, I'm in the place of the oldest
Calling the shots, 'til I'm knocked or facing my grosses
Get it right

The green leaf causes sounds of the sirens to seize
It's so simple, psychologically my mind is at peace
It's all mental, philosopical I sound when I speak
Show potential, been doing this since nine in the streets
Don't destruct, how to back hard, the shoulders is up
Holding a dutch, in the mix moving low as a fuck
Cash related, it's digital, don't mask my favorite
When it's critical, no time to act courageous
Guns' bust, mother cries, son's been touched
Homocide, search the hood, trying to sum shit up
The sequel, second half of the lowest lethal
You lose, double life, chair, or the needle
I'm for the peoples, the best been at war with the worst
A few squeeze through, others just dissolve in the dirt
The nod, for chance really ever to shine
So now you know why a nigga grind [grinding!]

I put aside all my personal probs
Cause misconception can cause it where it hurts you inside
It's no healing, it's hard not to grow feelings
Of some sort of respect, when you coke dealing amongst men
The truth is we all want in by any means
And it seems for that American dream we all fiends
Finagle 'til we stand stable, solidify
Making plans at the grand table, God be with me
Knowing that the Mars is against me
So the stars and them tarot cards are studied intensely, time's ticking
The wise take time to listen, do the knowledge
I speak from a high position, passive or clever
Here since Jurassic era
Absorb cues from a school that'll last forever
My desire, to bake stack and reach higher
And remain in the game as a empire - we all want it 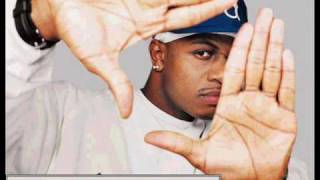