Verse 1:
D-D-Dark and light, I'm in the trap tonight
And I got powder for their noses, cuz its only right
I put it in the press, I sell a gram for 65
Five Five for the Fours so talk to me nice
I show my youngens how to whip it, go an' set up shop
And if the jakes don't kick this door then it will never stop
I take the change, I go and spin it in the betting shop
Cats don't wait outside the spot, you're gonna make it hot
The bujj is too peng, gotta mix it with the F1
That's nutribullet settings, blend up four Z's and then some
My granny always ask my mummy whеre I get my bread from
I just say I couldn't find a way, I had to makе one
Probably spend your whole stack on petrol for the month
I'm a devil, I'm a cunt
You can call for a big bit or pebbles, I don't stunt
I got B, white, 3, 5's, whatever that you want
You can get it in a lump
W-W-Whipped a nina and I barely lost a gram
Have you ever felt the power of the fire in your hand?
I had to sell the .22 cuz the storage wasn't planned
If the bandos looking hot then man just hire out a van
Put a mattress in the back, if you know me you can vouch
I really turnt an enterprise van into a trap
I ree up back to back, can you deliver to the flats?
The heroin is too strong, gonna have them on their backs
And when they get back up, they're gonna want some more of that
I make M control the phone cuz I get angry at the cats
How's this snitching ting too normal, I know way too many rats?
Don't know how a mans still trapping, I sold way too many packs
Wonder why I'm getting, I do way too many laps
They say no GTA, a mans been really moving scats
I take chase anytime the boydem spin it on me, facts
You can tell it's real life, this ain't no fairy telling raps
Every time I get away it gives me thrills, it sounds better than it feels
I shoulda made a mil, my entrepreneurial skills
I'm trynna get it off the trap
Its like the slave trade, brown and white I'm doing deals
Whoever thought I'd live in a house up on the hills
Heated seats are in the whip so when its cold I ain't getting chills
I need some stories for the month, can you hold a couple bills?
I'm thinking bout investments, I ain't thinking bout no grills
Verse 2:
Back when I built my first white and B line, I was working off a 3 5
The twenty notes where paper, since then they changed twice
I been at it for a while, I seen the trap done change lives
For the better or for worse, but for the better changed mine
Dirty razor blade chopping up, I changed the blade twice
Life always throws me lemons, I make lemonade nice
Cooking up white
But I never made rice
I don't look into her ears, anytime my mum cries
All she ever wanted was the best for me, I know she tries
I know I'm grown now and my decisions ain't wise
But when push comes to shove it's gonna separate guys
It happened couple times, that's when I had to cut ties
I don't exaggerate nothing and I never tell lies
Anytime I got G-checked I told 'em suck their mum
I'm on fuckery, I kidnap niggas right outside their drum
The jakes the only people that've ever seen me run
Stand tall against the odds my g, I get it what you on
It's not rap, I really built my trap
He died injecting my food, I think I killed that cat
Guilty conscience, you ain't never had to feel like that
I stretched your food, it tastes the same, you ain't got skills like that
Shit, just wheel that back
I stretched your food, it tastes the same, you ain't got skills like that 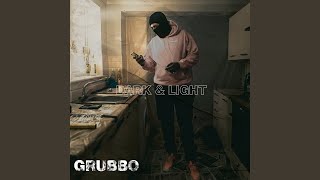