Verse 1
Watch me hit 'em at the chicken spot, how we really pop
When you hear this bitch it's Milly Rock, got the city hot
Haters saying that I'm falling off, put me in a box
Now they see me getting Roddy Ricch, bitch I need the thots
I ain’t doing shit I’m staying home, never going out
Did this shit before the quarantine I never leave the house
So I might just take the odds, 'fore I let em even out
Funny when they stab you in the back have you bleeding out [let em know
Are you dumb, stupid, or dumb? Huh?!
Play me like a dummy, bitch you all of the above
Are you dumb, stupid, or dumb? Huh?!
Lemme see the ID bitch you say you 21 [STUPID
Bitches, hater stay up out my mentions
Know the streets stay listening
Know them rats stay snitching, shit's fine
How you do the crime, and you ain’t even do the time?
How we let him call himself the king, Snitch 9ine
Still be talking shit on the Instagram live [woah
Spent a record deal, made your neck great white [woah
How you 5’6” talking like you 6’5”? [woah
Chief Keef taught me that's the shit I don't like

Ay, who’s back? I’m mad, big cash
Mike Jack, big bad, big tax
Sinbad, Good burger, big Mac
Big gas, Hit that, kick back
Tell me how he ratted came home to a big bag
Tell me how he got more wins than the Knicks had
You ain’t never gonna have the catalog that Prince had
You ain't ever gonna be respected where you live at

I just don’t get it
Y’all said he was cancelled, now he back at the number one spot
I do what I want
It’s ok, guess I’ll ride this wave
Only two things I'm scared of in life: My dick [damn], numbers, and the FBI 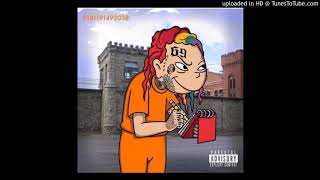