You've been trippin' around, uptown
Wooin' some fancy clown

Put your sister on the phone

I knew you was ----ing around
Playing all innocent and ho'ing since the foundation
Don't make me have to pound his tin crown face in
And risk being jammed up like traffic, inbound from spacing
There's been a place for you in my heart since we first met
A teenage love that didn't feel no hurt yet
My boys warned me you was poison like BBD first cassette
And still I put my chips on the worse bet
Gave up the skirt, now I gotta hear it from the street
How dare you drag my name in the dirt and cheat
You could've broke it off, ended it and dipped
And if you spoke soft we could've still preserved the friendship
Now you apologize, that's what they all say
You wasn't sorry when you sucked him off in the hallway
But have it your way, raw— no foreplay
That's you if you want a dude who wear a mask all day
And just to think, I used to be proud of you
And you had some real good power...

You've been trippin' around, uptown
Wooin' some fancy clown

No, it wasn't- it wasn't nothing like that
Well, my brother, you didn't tell me you had called
I wasn't at home

Probably kissed her later that evening, I should be hurling
Matter fact, gimme back my bracelet and my Shearling
I rather waste it or give it to your girlfriend
She did let me stab it last week while you was workin'
Remember, our vacation out to Maryland?
I dooked the maid Carolyn, she made me throw the towel in
Like all foul men the time I hit your moms off
I told her knock it off, but she had to set the rocket off
Ain't enough room in this ----ing town
When you see tin head tell him "be ducking down"
I'm not rompin' around, he better be
Ready and prepared to be stomped in the ground

Well, I thought you
And now subscriber, we've got to punch you up
So, please stand by 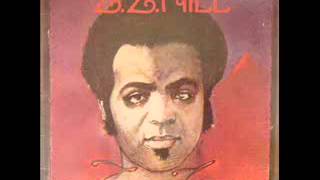