"Parents, teachers, students, please calm yourselves and take your seats
The man sitting here is Cole Drummond
Today, he has come to talk to you all about his experience with Monroe Academy
Mr. Drummond, the floor is yours."
Thank you

I never would've dreamed in 3rd grade that I would be here
Having half a school against me a grade away from my senior year
Back in the 3rd to 6th grade, I was just a blonde kid
Trying to fit in, but then I moved to the high school buildin'
Yuh, thе people werе douchebags, the halls were dirty
The stalls were dirty, the boys would all just brawl and hurt me
I was neglected by teachers and students; nobody cared
About my soul, I was scared, I was a ghost; just not there
Yeah, I struggled with grades, but had pulled through all right
Only one C on my report card. I was doin' all right
I was just doin' all fine in 7th and 8th grade
Ain't had a screwed-up mind at the time; it was a play date
But then the rules got tougher, and I was under their balled fist
And I don't know what I did, but I must've struck someone's confidence
'cause they tell me that I ain't been causin' nothin' but problems
I'd rather be stuffin' a coffin than go back up in the office in-

Alright, now let me learn ya' somethin'. Let's do us some math:
If I was a football player, would my punishments be halved?
True or false? Don't care what you say, 'cause you know it's facts
And I ain't even have to pass no stupid class to know that
Or if I was a girl, oh man, I would be able to get away with
A crateful of things they labeled as hateful
I wouldn't have to tuck my shirt in even though that they say so
And if you say we're treated equal here, you're tellin' a fable
Let me ask you a question: are you scared of my music?
Are you scared that a 16 year old is here so abusive and stupid
That I'd cause harm and leave you impaired without movement?
Why would I do somethin' physical? I don't care, that's just useless
I'm usin' my words for a reason, but you'd swear I'm a fool, then
Point at me and go "Everybody, let's stare at this nuisance!"
Oh yeah, I'm the one out of line 'cause I make these songs
Exercisin' my rights until y'all came along from-

My lyrics are so fire 'cause they're under your scope-micro
And you'll flip anything that I say backwards to find a gold mine of
Things you can call to complain about. Let me say it loud:
"Go get bent!" Your babies are almost 18 now
They're gettin' older and dirtier and exotic
Steppin' out of the box and doin' stuff that's dishonest
But how do you expect a literal child who just got their
License to act? C'mon, this is just common knowledge
And then the recklessness starts to spread like the Bubonic
And the next thing you know, your baby's escorted out of Sonic
For the hands they threw down or playin' music to loud
But of course, concernin' their behavior, the school is ruled out
We act out because these ruthless dudes
Have these useless rules as they stupid tools
They use to pull us down under their thumb
That's blunderous; dumb. School's not supposed to be fun
But when my education's threatened 'cause of a belt
Or somethin else of the sort, that's nothin' well
Do you discriminate me 'cause I'm your biggest fear?
Parents, teachers, kids, can I get some cheers? [Yayyy]

Hey, that's what I'm talkin' 'bout
Now look what I brought for show and tell
"We apologize if you do not find any of these school shooting
Commentaries appropriate for the public
You're probably just too old
They are aimed for younger audiences" 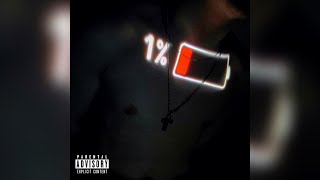