Fuck, this shit's kouda
Man, yo
Yo, yo, yo
Look

I'm spacing out, I swear my thoughts are racing now
Guess I'm facing doubt so ignore me when my face is down
I'm tryna climb the mountain, tryna make my sound
Guess I'm tryna make it now, tryna face the fact that I'm never facing crap
In fact, I'm two faced
Bars so hard they leave you with a toothache so who's fake?
Who's baked? It's CHRONIC
Wiggin', swigging so bad I think he's gonna vomit
I'm tripping so bad I think it's never stopping
I'm gonna do this shit, I told my bro though
Strap myself in a rocket, something like Apollo
But my Journey 13
Went from smoking dirt weed to primo green but I'm still broke though
Can't afford a home abortion, there's pressure on my brain like a forcep
Tryna smile, I have to force it
By the time I'm 40 imma be dead, so tears leaking like a faucet
Bars so heavy that the news report it
I grab the mic, who's recording?
CHRONIC and my three personalities like a foursome
Don't sell rocks to the fiends, don't endorse it
I rap about the shit that I see; it's my story
I swear I'm lost like Dory in an ocean of emotions
When I'm toking, can't focus, I'm always floating
It's my way of coping, drop the pills, I swear I'm fuckin' overdosing
I'm done, I'm over hoping
I kinda find it hard to focus, fuck a label; no one own us
So I told Indigo to murk this beat and overload [And overload that shit]

Alright let's go, shit's crazy
Lemme talk to em
Yeah I've been on the quest to make a million
I will never blend in like Chameleons, hear me son
Bro I want the dosh and the bread
If an enemy got a problem then it's off with his head
The officer said "Put the blade down", I stay down for bae
When I used to fuck around and play 'round and almost lost it all
But bro she don't play now
I treat her pussy like my playground, she make sounds I ain't ever heard before
Broke her walls down so I could try and learn some more of who I am
Yeah, I'm the greatest, the latest
So much flavour I seen foul in all these haters
Now I'm fuckin' balling, shit is flagrant
They tryna kick me out the game, I'm here forever
I sit in silence, I can hear me better
I been so broke all my life but now I'm near the cheddar
Eating off my words, running victory laps
Mindstate is 'Kill Em All" when they give me a track
Let's go 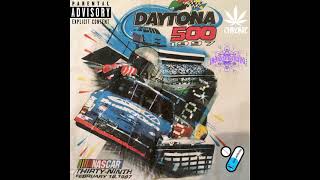