Never-Never-Never lacking on the beat
Don’t sleep cuz I’m up all night with a pack of the weed
Bags to the fiends, chillin with a bad lil B
Just a cooked cunt little shit teen
Too high like a zombie, zombie when I bomb beats
Bitches on me, on me
No cap
Only rap when I’m manic, getting too scattered so I panic
Rhymes are frantic, yea they come automatic
Kinda tragic when cunts tryna match it
Getting too lit like a matchstick
I wanna kill myself
What’s worse, here or hell? I’m never feeling well
Fucked up since a young kid, dumb bitch fucked me up like the drugs did
Always up and down, that’s my BPD
Making tracks like an mp3
Wack cats just envy me, spilling dope lines like some tetley tea
But, have you seen the fuckin news?
There’s this new lad from Perth and he’s known for pulling beugs
His name's CHRONIC, it’s the scene he's running through
Insane prophet, making profit too
His brains copped it, busting out like some veins popping
Leaving hoes wet like when the rain's dropping
Sticks and cones, they get me stoned
In this void that I float comatosed, got no friends only foes
In the end, no one knows if they’re snakes slithering the grass through the blades
Thinking bout my past through the day
Sip another glass and decay, I take another pill and waste away aye
I’ve got my own secret little private demons
It’s reason that I’m hearing screaming when I’m sleepin
Grab my keys and tires screeching now I’m speeding
____________________________________________________
Then that fuckin voice is coming back, it's been there since the gack
Always sayin that I’m wack, always sayin this n that

Take my life or smoke this weed
I ain’t free but that’s fine by me
Chillin with my Gs with the pound of the green
And a couple racks gone buying dope all week
OxyMorons killing every beat that we see
Gotta love everybody fucking over me
Set sail like sea, gonna be free
Rope tight, got a noose on my bed G
My mind ain’t feeling like the best now, got stress in my chest
I’m depressed about my being and my cousin threw his life away
I think about that shit like every single fucking day
That’s why i don’t care what you fucking say
All shit-talking pussy
Go run away

The cloth that I’m cut from is sold out bitch
Fuck it, my whole outfit, you couldn’t hold that shit
Rapping’s my sole outlet, so best believe I’m going all out kid
Have you surrounded, rounded and bounded
Counted for thousands, I sound in the foulest
Cowards are outed, unfounded and found dead
I told them fuck it imma do this shit and take it large
I don’t want my dreams die with me in the graveyard
I play hard but play smart, I safeguard
Hit the brakes fast if you’re tryna leave my face scarred
Won’t act like my mates armed but we stay sharp
How you gamble your life when you can’t even play your cards?
My life’s up and down like Carousel rides
My squad got no squares, got no lattice cell ties
And JAY grind for sick as hell rhymes
Like vegetarians, me and fake cunts are parallel lines
Shine bright like Perth City neon nights or Xenon lights
Fuck let it be on sight
'Cause tell me how you know what it’s like to be on ice?
Motherfucker, I’m a Machine like Demond Price
Never took advice from anyone who never lived the consequence
Just me and my A-alikes we’re on the course for bombing shit
Rock the Alfredo shirt with Adidas shorts
They got me trapped me in a war, before I’d crack at the wall
And that’s a fact, I’m appalled, but fuck that
I spat the facts I uphold and bust raps
I shoot to score but never cocked a gun back and that’s all
Don’t give a fuck if the stacks don’t come fat
Cunt I’m a scumbag who’s just that
Don’t give a fuck if you pop peeps like confetti
Your sex slave best bae’s a headache, she’s stressy
I got people asking "Who’s that kid with bars?" A loner
Cause your pen game’s messy and my pen game Messi
One take 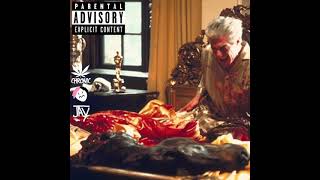