And she still sayin Mira
I'm still drinking that Chivas
In memory of my uncle was hoping he got that VISA
That pickup truck grabbing immigrants out front the cleaners
Every A M
Day out and day in
Construction boots start lacing
5 migos, 3 Ghanians and 2 Haitians
First time they seen snow, a triple goose and a duffle bag
Nobody told em they’d get introduced to Uncle Sam
Thought this was the promise land
Begging moms for Sonic man
Lying to get free lunch, to eat you can't be honest man
He said hide this in your halter while I drink my Malta
The same times that drew a Highsenberg from Walter
Mira, Bayano Boy never falter
Mira, Bayano Boy might assault ya
Just to get these bread rolls
Just to get these pesos
Just to get these pesos, they say trade in ya sombrero
Lacing up my Jordan 1s
Chose to quit my job, build a studio, record a ton
Talking to execs while I'm on the run
My primo, hand on the gun
He told me be a good boy, this rap shit, you on to some
Then he disappeared, I was too young to understand that he was on the run
Mama, want some jewelry? yea, go ’head order some
She was in the barrio in the 80s for her only son
Shirts hanging on clothes lines hoping that the storm don't come
I chilled there every summer, young teenagers just pouring rum
Meeting new lady friends and shady friends
But they ain't seen a fighter like this Panamanian
They, used to ignore us, now the tourbus a whore bus
Labels know they can't short us, sh-short us with these offers
The finest wine that we corking
Producer from Cameroon, bought some land with an Ostrich
So he can live realer in a v-v-villa till he die of natural causes
And stay away from the coroner
I'm just warming up
This is the story of the son of 2 foreigners
Bayano Boy I used to play with Tonka Toys
I'm Odysseus, and I came to conquer Troy 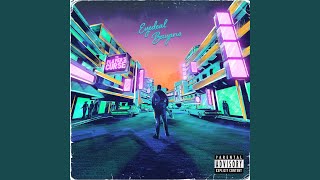