I’ve been the same since wayback, 15 to 22
Hanging off them blue chilling with the same crew
Down in Hagapieces, sipping on the same brew
Walking the same line man you know this ain't true
Trynna get the paper straight so I make moves
Niggas talk shit behind my back so I slap fools
Police on me, they trynna get my hands in cuffs
Round here I’m well known plus my man sells dust
Hey I’m tired of running
I’m a broke ass nigga so I’m tired of bumming
It’s sufficient funds got a nihhs hunting for something
In the lab spitting raps when the speakers be bumping
EC the whole clique wilding out on the same mic
Drinking beer, smoking, staying up late nights
You should know the script to the story
We want the same things, fuck the fame and the glory

Yeah, Cause I can feel the flame with the shorty
Late night type a type my veins full of glory
I’m sipping on two drinks about the same time
Talking to this girl drunk kicking the same line
It’s dark now hit the park now and respirate
I’m talking to this one I know she never hesitates
The brew I’m drinking on makes my heart capitate
So I’ve been thinking how they even because I’m out too late
I used to never drink, but now I drink plenty
Gin and tonic, vodka, heineken, henny
Pops likes his drink strong so I guess it’s in me
And I’m busy doing nothing so I drink heavy
First in, last out standing by the bar
Til the waitress says last call for alcohol
I came to have a ball, liquor I want it all
But chill with the tequila man we might start a brawl
I just got paid pour up some tanqueray
Good looking girls up in this place so I have to play
Shorty want me to come home but I have to stay

I know it’s cause you’re hungry and the freaks is served at the plate
I say something in the head, then I grabbed her waist
I keep a pocketful of cash I ain't lacking bait
Man she was tingling my lines gotta acting straight
Some niggas tested me I’m dying just to slap her face
I’m known as Big Shot choking on the baddest blaze
Representing 41 until he crashed your place
I drink proof fuck wine, I ain't after grapes
I saw some shit for nothing while my nigga cracking safes
I wrote one deep vocal international name
That’s on the every land all the way back to H
Riding with a corporation like Masta Ace and Big Chess on the low got the master blaze and I’m bringing it 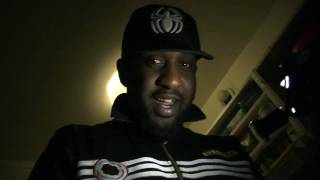