Uh, uh, hold on, uh
Ice on me cold like I'm Frozone [Ice
Cartier watch, hit up two-tone [Bling
Shit on these niggas, they say, "Scarr, you dead wrong" [Dead wrong
We done made plays off a flip phone
Trappin' and rappin', post up 'til it get gone [Get gone
Like how he get signed off of two songs?
Only been rappin' six months, it ain't take long [Take long]

I fucked the lil' shawty, gotta cum on
Catch him in traffic, hit him up 'til the truck gone
Greedy lil' bitch got her head gone
Send the airhead to get both of their head blown
Never ever, ever, would I go like that
Gotta know the game, checkers, nigga, not chess
Go against the gang, get your ass put to rest
A-1 drop, let the cops come and test
Came in raw, but I still remixed it
Pushin' more weight than LA Fitness
Blow a light dub, bought some drip in Lenox
G-RAW shirt, one pack cost fifty
Hundred dollar lines just to fuck up my kidney
Ain't about the money, then nigga, I ain't listenin'
I'ma slide every time, give a fuck if it risky
Rich-ass nigga, still post in the trenches
Uh, yup, new opp dead, now the feds out to get me
Say he catch a body, but he know that shit fishy
If I'm on the move, then y'all not comin' with me
God with his ass, next time, can't miss him
Hundred bills at the spot, gotta dismiss him
Automatic chopper, yeah, I shoot it with a rhythm
I could drop a bag, get 'em put up in the blender [Brr, brr, brr, brr
Nigga talkin' gas, who the fuck got killed?
Would have been dead, but the feds got a tip
Valley Bank, J keep the HK still
Catch 'em down bad, I'ma dump the whole clip
Give a fuck about your man, get your best man killed
Feelin' like the mayor, yeah, the man of the year
Had a clear shot, still hit me in the hip
Lightbulb diamonds, shinin' like a chandelier
Maybach slidin', but I'm ridin' in the rear
All the opps dyin', it's a celebration year
Diamonds, ain't these see-through, crystal clear?
Yeah, I signed a deal, that don't mean I'm in the clear
Still hop out with the chopper, make a nigga disappear
Was ridin' steamer, now I'm flyin' in the Lear
So Icy Gang, make a bitch say, "Brr"

Uh, uh, hold on, uh
Ice on me cold like I'm Frozone [Uh
Cartier watch, hit up two-tone
Shit on these niggas, they say, "Scarr, you dead wrong"
We done made plays off a flip phone
Trappin' and rappin', post up 'til it get gone
Like how he get signed off of two songs?
Only been rappin' six months, it ain't take long 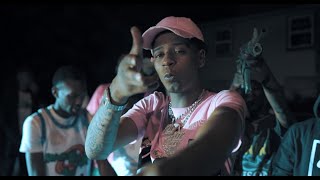