LYRIC
Back Back Back
Trippie Redd

Yeah, yeah, yeah
Big guap, bitch, big guap, ayy
Been getting guap, been getting guap, ayy
Countin' stupid racks, blowin' stupid 'thrax
You get stupid whacked, boy, ayy
No games, pussy boy a no name
What's your name again little bitch, yeah you got no fame
Yeah ayy, yeah ayy
14, 14, I been on my grind
I get this money, baby, I put in my time
I get all this money, wonder why, ayy
I get all this money, wonder why, ayy
Cause I ain't, backing down
You can't back me down, you can't back me down
These police tryna pat me down
Harrassin' me, my flow is crazy, elastic
Ayy, we wrap it, paper or plastic
I hang with reptilians, they can get Jurassic
Ayy, we blastin' off, to Magic City
No time to play it can get tragic, bitch

Ayy, with a bad bitch
Got a bag bitch, not average
Yeah, you can't back me down
No, no backin' down, baby 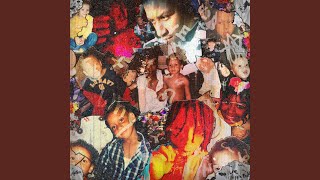 Back Back Back – Trippie Redd