"And that's as far as I got, and where I wanted to go, knowing, the whole summer, that's all you could think about. Even though if you cut it off and start that bitch up, you need a jump, like you need and you want to grow, and you change all the time. So that Rabbit that you thought about that whole summer—the next summer, you didn't want that Rabbit no more. You wanted something bigger and better."
"So the summer passed and now the Rabbit's old?"
"Right... right, so now you want a Cadillac..." 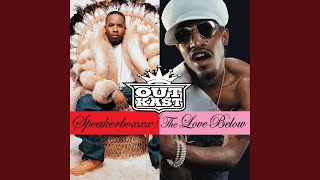 A Life in the Day of Benjamin André (Incomplete) – André 3000