Everybody know got the city on smash [No rap cap
Catch a opp in the mall, then we step on his ass [For real
Keep a Glock on me, that's a thirty shot mag [Thirty shot
Swipin' no swerve, put that shit in the back [Rat-a-tat, man
Bitch, how you gon' roll with big six on your ass? [That hood
Don't come out that lake, put that beam on your ass [Shoot up
Shoot the bitch like a bat, when we hit 'em we pass [Pass
How you write 'bout shit? Bitch, you know you ain't do [Why you do that?]

Bitch like, "Stop, need a 'Cat, it ain't two" [No cap
Chopper got kick, shit hit like pah, pooh [Come on
I'm in the bricks, I ain't hide, just come through
Shots wet him up, who they call him? Blue's Clues [Baow
You bow on me, not might've robbed you [Big sacks
Got mags in this clip and I'm movin' .32 [.32
Don't know a nod, I'ma tweak on any crew [No cap
Dollars in dozens, they full of dead dudes [Dead dudes
I pick the ham up and knock your head loose
Say you want smoke, get up close to mag dude
Cut off his head, take hit shit, a naildo [Get 'em outta here
Bullets connected, we call 'em Pro Tools
Don't get in my way, fuck around and kill you
Fish Fry Gang, hope this bitch'll fry you [Fry his ass
Yeah, I'm lovin' the slugs, you play with us, boo [No cap]

Everybody know got the city on smash [No rap cap
Catch a opp in the mall, then we step in his ass [Keep a Glock on me
Keep a Glock on me, that's a thirty shot mag [No cap
On six, dead bodies, you don't wan' make me mad [No, no
Lil' nigga act tough, put this beam on his ass
Got the opp niggas mad 'cause they bitch throwin' at us
They show four, get your ass up, get a bag
Soon she got to eat me, I took her ass to Bragg

Ayy, 556' got them fuck niggas mad [Aight
With this .556, do a fuck nigga bad [Let's go
We done ran on his pockets, we took what he had [Yup
Ayy, split in the head, B took him to gas [Come here
She wanna meet YB', so I took her to Bragg [YB'
I'm in the club with my heat, I ain't throwin' no jab [Let's go
White drip on my feet, shit cost me a bag [Off-White
Niggas fuck on that gang, now he walk with a bag [Nod his ass, boom
Niggas fuck on that gang, now his ass in a jugg [Six
Ayy, just made bond on case, still plenty ways [Six
I ain't tryna buy with these niggas, I ain't tryna waste [No
Bitch'll get played like a date with the first [First
Need two K, two bands just for a verse [Racks
Nigga need twelve bands just for a brand-new hearse [Body bag
I spilled some lean on this brand-new shirt [Brand-new drip
Ayy, search for our gang, we done put niggas under the earth [Uh, here] 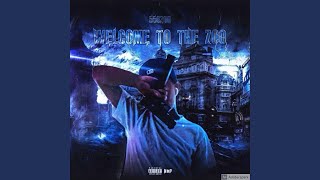