It’s the boy who fucked yo mom inside the bathroom at the Olive Garden
I did it casually
Then hit you Auntie at the Applebee’s, then outback the Outback Steakhouse back room had yo lil sister Kangaroo Jackin me
This the end of music nigga no one comin after me

I been known to put the work for a nut, it’s berserk how deep I’m up in the bitch guts
Pain I withstand like I can’t get enough, it’s Berzerk how deep. I’m up in this bitch it’s Gutz nigga

Most of y’all won’t get that line up off the cuff nigga, sparkle in the bark type, diamond in the ruff nigga, say right
I’ma take a left any day right, cause ain’t like
I been had a favor since the daylight was made by
Holier than thou, I can’t fake like I ain’t tight

Bitch I put that on my sack. Put that on the set
Step in dog doodoo clean my Forces with yo neck

I think I might be high key Nikey in the flesh, cause anything I just do in life likely with a check
I’d like to see who next, y’all tired and a mess

On my ass and run my swamp, Mike Myers and his friend

Murder everything I’m on, Mike Myers in the flesh

My tires need a rest. I be drivin till I wreck bitch

And this dick is what erect is

I done overcame most of the demons that I slept with. I done rearranged the type of niggas that I step with, slip and flip the switch, I hope you trip and neck a death quick 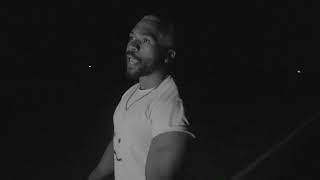