I don't really give a shit about what you say
I just wanna do what I love every day
You know I don't care, so get the fuck out my DMs
I'm already pissed off and I don't wanna see your face again
I know you are fake but you actin' like a star
You are self aware 'cause you said your shit was sub-par
Get off of Twitter 'cause you are a weirdo
The line that was originally here was a bit too personal!
Feelin' like a zombie on the PVZ
Bitches playin' osu! like their girlfriend is three
Maybe that's toxic, I shouldn't have said that
But then again, people seem to accept that
Kind of person in thеir friend group
Despite еverything, they will love you
If you have numbers, use them for advantage
Start makin' lies to negate all the damage
They never care, so just make up some fake shit
If they believe you, just say that you fixed it
Despite all the drama, you're all still the same
What happened to changing? I hate what you became 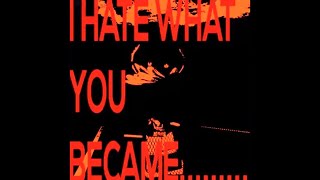